Andrey Sudarikov was the first lecture of the international design discourse, the founder of the design studio PlayDisplay which is based in Moscow. He presented four of his company projects which we could choose before the lecture, which was a nice beginning. They are specialised in augmented reality and 3D graphic design and are having projects all over the world. One of the projects he talked about was the AR interactive installation in the Changi Airport, Singapore, which you can see on the picture below.

Her lecture with the title “Work Work Balance” was really catchy and interesting, mainly because she is a former student from FH Joanneum and it is interesting and impressive to see where you can come and what you can do with the Bachelor degree in information design.  In her work, Schmidt is focussing on branding and has a lot of experience through the different internship she did, e.g. at EnGarde or Studio Grau in Berlin. One sentence she said during her lecture was funny and true at the same time:

One of the projects talked about was the “Museum Friedland” which deals with the topic of refugees which was a really important project for Schmidt. Here you can see a part of her work:

Astrid Kury is the director of the Academy Graz, a cultural scientist, art mediation and knowledge transfer. She asked the question “What kind of wirld do we want to live in?” and answered that it is about sharing and caring, to bring together all kinds of people. One specific design company she mentioned was “La Casa de Carlota & friends” from Barcelona who works with disabled people because she said that creativity has to be wild and the designs they make are without any external influence which makes it really interesting as a form of inclusion in the creative industry. The picture below is from their website:

He is a professor in Istanbul which is also a City of Design in Turkey and the one thing that I kept in mind after his lecture was the following question “How can it be that he has a clip-on microphone but sounds so bad and hard to understand?” This shouldn’t sound rude, his topic “Sustainability from interior design perspective” sounds really interesting and is also important to be heard but it was really hard to follow because of the bad audio quality. Nevertheless, he said that the key is simplicity and that we should help the people to build their own sustainable environments.

Design and Sustainabilty – in her lecture she questioned the material of culture. Her presentation was well structured in four important parts: Sustainibilty Development, Eco-Efficiency, Values of Material Culture, Objects of Discomfort. Ulicka said that we cannot talk about sustainable design without questioning the status quo. One project she mentioned was HUGO, the hugging pillow by Valeria Alanis Valois and Ma. Alejandra Sarmiento Casas which is about social isolation due to the use of new communication technologies – so with HUGO you can get some physical contact instead of the virtual ones.

The lecture of the two designers from the cooperation of “Architekturbüro Innocad” and the Designstudio 13&9 consists of the creation of atmospheres in spaces through light and sound which is a really interesting topic. Unfortunately, their audio quality is also really bad although they are talking of the importance of sound in an interactive system. Their philosophy is “New Holism” and they show that spirit also in their promotion video “The Soul of Design” which shows the following picture:

Thanks to all the lecturers for their effort and time. 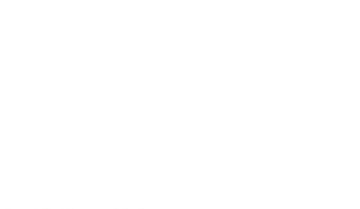 idk_some words to the rest